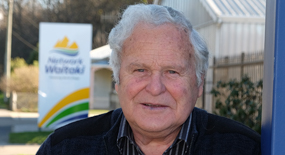 Herb is a former employee of Waitaki Electric Power Board, where he started as a trainee lineman in 1960. He worked his way up to Line Co-ordinator during his 42 year in the industry, working mostly around North Otago as well as many places around the South Island.

Herb has lived all his life in North Otago with his wife Suzanne and 4 children. With a passion for the community Herb has been heavily involved in numerous local sporting organisations including becoming a Life Member of the Excelsior Rugby Club.

He has been a Trustee for the Waitaki Power Trust since 2002.